How to Choose Your First Tarot Deck Skip to content

Many many (many!) years ago, I got some advice from a well-meaning friend who said that I couldn’t buy my first tarot deck – that it had to be gifted to me. We all know that’s bull-hooey, but I really struggled in choosing that first tarot deck.

I wanted something simple, that would help me actually LEARN the tarot card meanings, and there just wasn’t anything out there that was perfect.

So, how are you supposed to choose the right deck when you’re a total tarot newbie? In this video, I’ll cover a few key tips for how to choose your first tarot deck, and give you a few of my favorites.

When you’re a tarot newbie, the first thing is to acknowledge that tarot beginners have different needs than people who have been reading the cards for a long time.

So – if you’re a tarot beginner, it really helps to choose a deck that makes it simple and easy as you’re learning the card meanings.

The second thing to know is that there are many different types of tarot decks, based on different historical, spiritual, and cultural messages. There’s the Lenormand decks, the Marseille decks, Wiccan or Pagan-based decks, and the classic Rider-Waite-Smith deck as well as many others.

The first step is to choose the style of deck that you want to learn first. If you want to “read tarot” in the classic sense, or read the most popular version of the tarot cards, you’ll want your first deck to be based on the Rider-Waite-Smith tradition.

Which is great, because that means you’ll have many, many options. Most tarot decks are based off the original Rider-Waite-Smith tarot card meanings and symbols, so once you learn one Rider-Waite-Smith-based deck, you’ll be able to read them all. 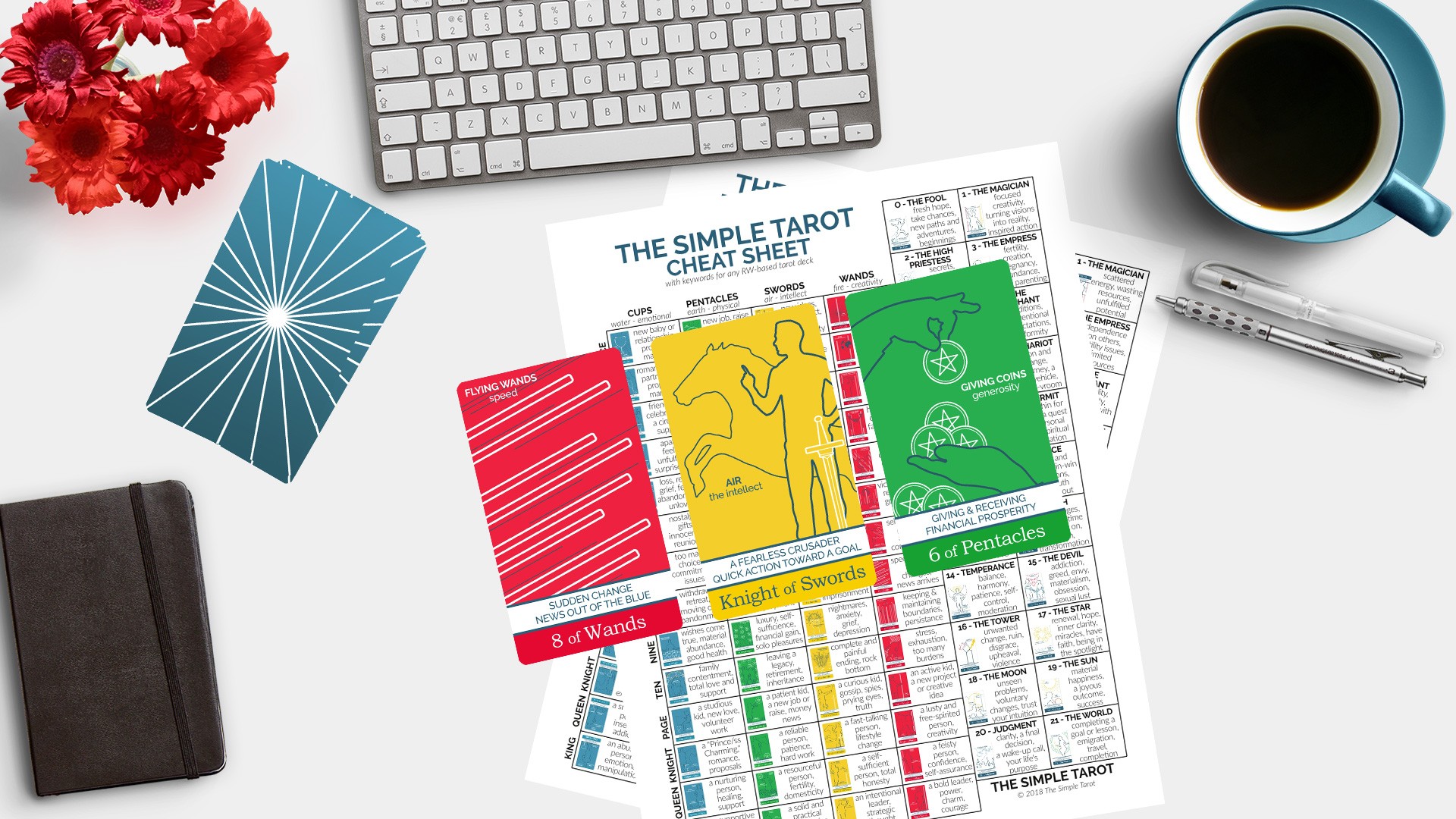 How Much Should Your First Deck Cost?

You can get a mass-produced copy of the Rider-Waite-Smith tarot deck for less that $20, but it doesn’t come with any helpful material. You get the cards, and a miserable and totally unhelpful Little White Book that is supposed to help you understand them. It doesn’t. I LOVE the original Rider-Waite cards, but that tiny pamphlet of info will make you HATE the tarot if that’s all you use.

You can swing totally in the other direction, and buy a custom made, gilt-edged collector’s edition of a tarot deck for over $100, signed and blessed by the artist. Spend your money however you want, but you don’t NEED anything fancy to make you fall in love with tarot.

Make Sure You Get a COMPLETE Tarot Deck

If you’re going for a Rider-Waite-Smith-based deck, what you want to look for is a full 78-card tarot deck with BOTH the Major Arcana and the Minor Pips cards.

If there are less than 78 cards, it isn’t a full tarot deck. Many of the beautifully illustrated decks on Kickstarter only include the Major Arcana, or first 22 cards of the deck. They’re fantastic, but they don’t tell the whole story and if you’re just starting to learn, you’ll want a full deck with all 78 cards.

Make Sure You Get a REAL Companion Guidebook

You’ll also want to find a deck that includes a companion guidebook – and this should be a full paperback book, not just a little folded sheet of paper or stapled tiny miniature booklet. These books are super helpful in understanding the artist’s intent and the symbols used on the cards, which goes a long way in reading them confidently.

Other Considerations when Choosing Your First Tarot Deck

If you want to learn how to read psychically or for divination, you’ll want to find a deck that “speaks to you,” whatever that means to you. You’ll need to use your intuition to pick the right one. Trust yourself. I don’t read that way, so unfortunately, I’m no help here. 🙂

If finding a deck that represents your spirituality is important to you, look for a Rider-Waite-Smith deck that aligns with your path. There are Pagan Decks like the Wildwood Tarot or the Robin Wood Tarot. There are Witch Decks of all flavors like the Green Witch Tarot and the Witches Tarot. There are Wiccan Decks, Jewish and Kabballah Decks, Angel Decks, Energy Decks, and many, many more. Google and tarot forums or Facebook Groups will be your friend here.

Where to Find Good Tarot Decks

I love to find out about new tarot decks, and Indie Deck Review is my go-to source for that. There are new decks being published all the time. Traditional publishers like US Games and Llewellyn are able to advertise, but the independent tarot deck creators (like myself) have to rely on social media, word of mouth, and crowd-funding campaigns like through Kickstarter or Indiegogo. All of these are great sources to find out about new decks.

Why The Simple Tarot Deck is Great for Beginners

There are a lot of great tarot decks out there that will work when you’re learning how to read tarot cards.

But there’s one that is 100% designed just for beginners. I created The Simple Tarot Deck to be used as a TOOL to help you learn the card meanings.

It is color-coded and has the tarot card meanings and tarot keywords printed right on the cards. It comes in a Starter Kit, with a printed companion guidebook and a super useful tarot cheat sheet. It includes everything you need to start reading tarot confidently from day one.

Click here to find out more and to get your own copy today. 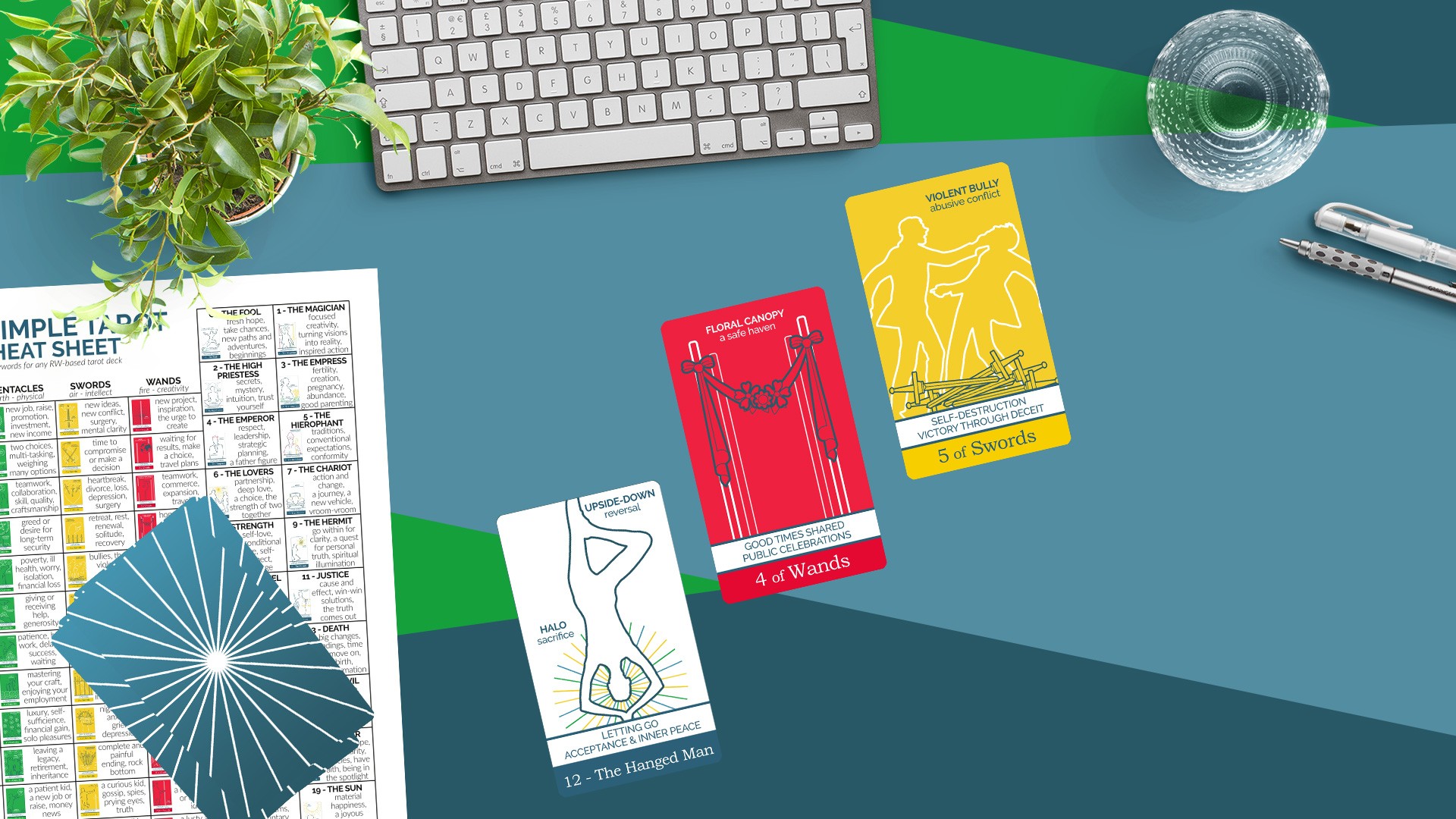 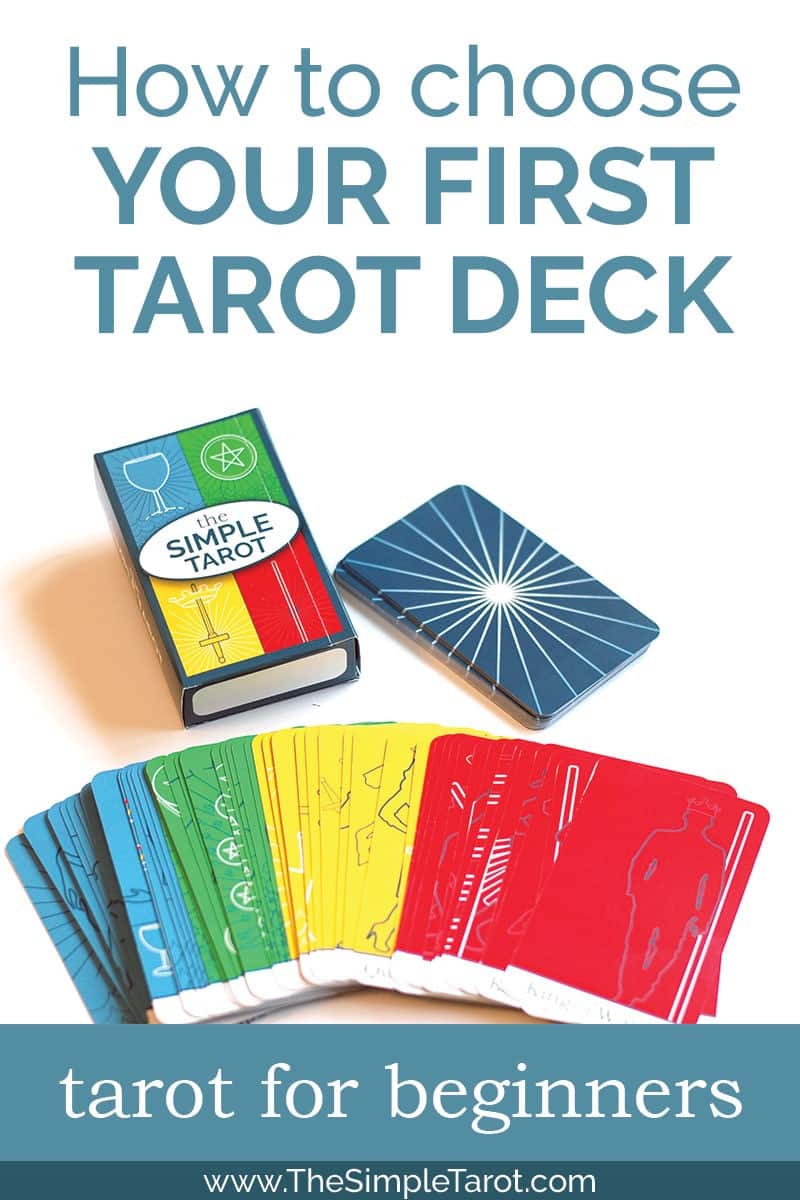 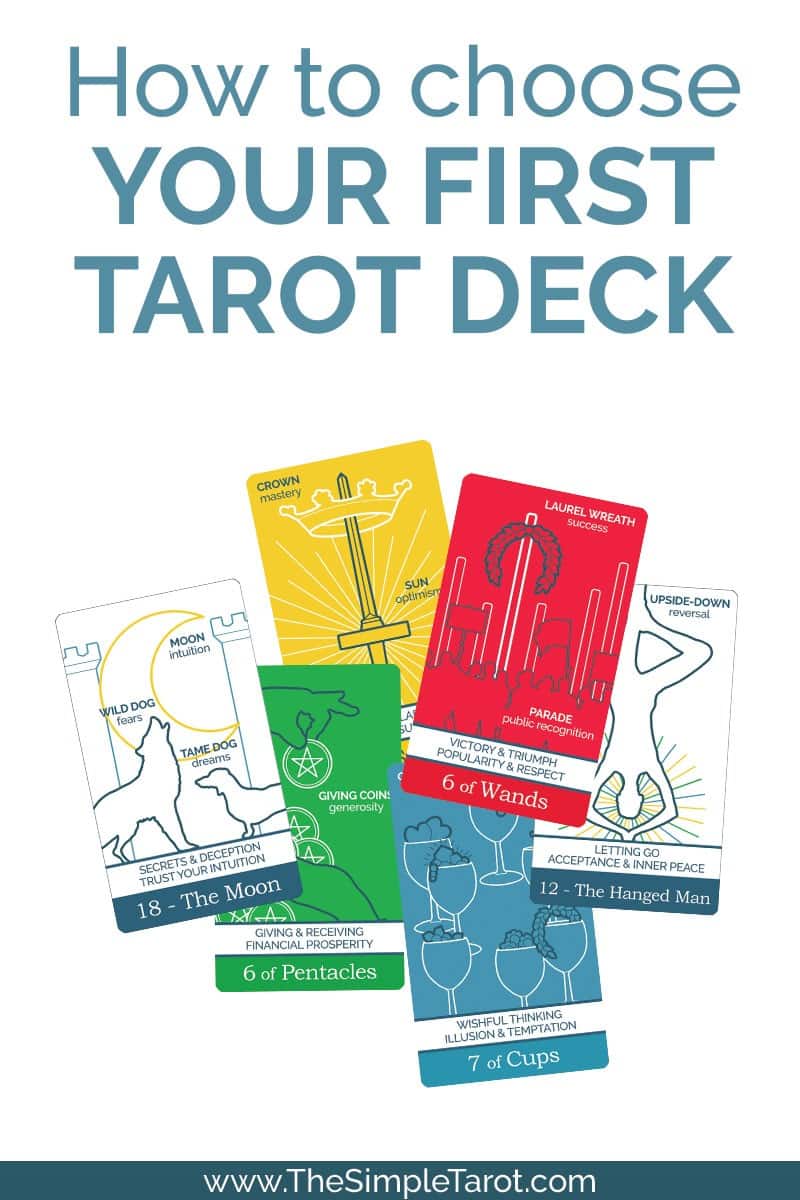 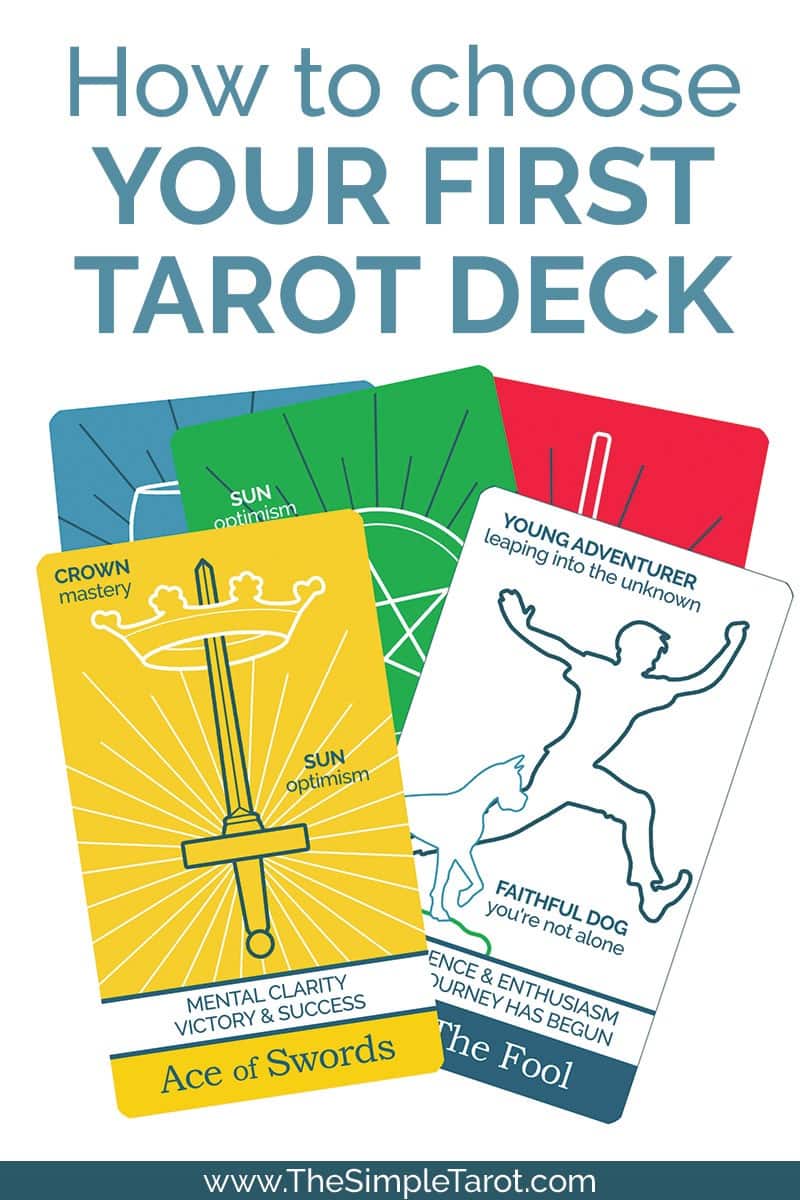 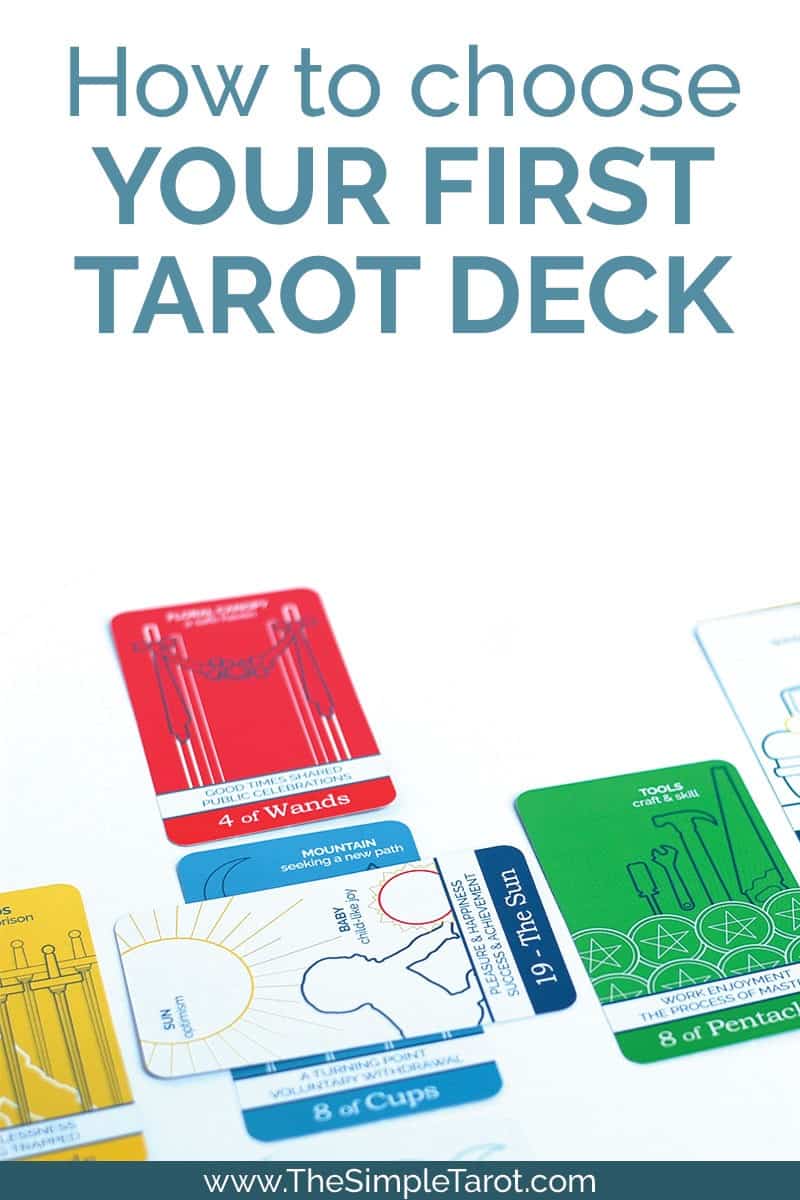 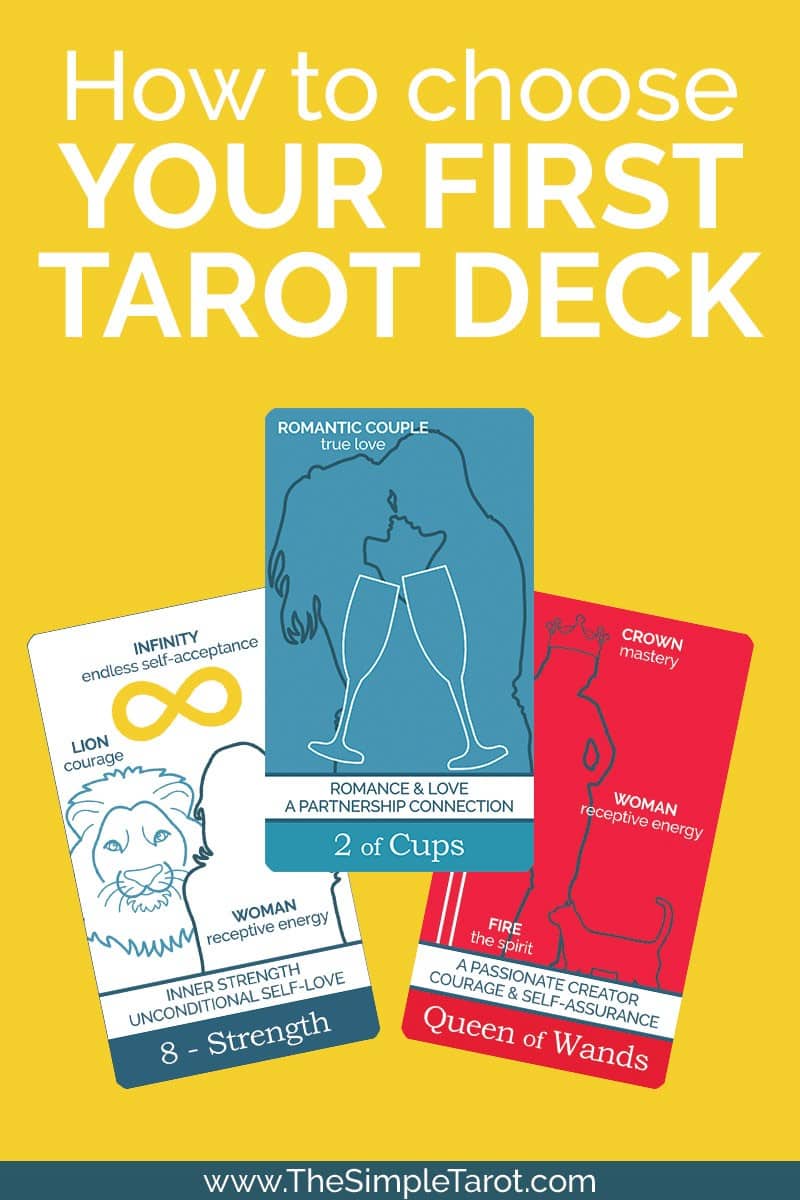