Plotting with Tarot Cards - The Simple Tarot Skip to content

If you’re a writer and a plotter and you want to try plotting with tarot cards – this one is for you. I’m going to share my favorite ways to plan, outline, and plot your story – using tarot cards, of course.

Even if you are someone who is a pantser (or discovery writer), where the idea of outlining and plotting out a story before you write it sounds awful, you’ll still get a few tips from this post and video.

What are the benefits of plotting and outlining a novel?

I’m a huge fan of plotting! Here’s a few of my favorite benefits:

What are the drawbacks of plotting?

I want to stress that plotting isn’t the RIGHT way – it’s just one way. It has its benefits, but it also has its drawbacks, too.

So – what exactly IS plotting? Remember it’s different for everyone, but it’s basically coming up with the main scenes of your story, and making sure that they line up with the main story structure plot points.

This is where we bring in our tarot cards. Your tarot deck – especially if its a Rider-Waite-Smith-based deck – is MADE for telling stories. You have 78 cards, each with a character personality on it (court cards), a character archetype (Majors), or little story scenes and events (all the cards).

So, start with what you know, and begin using your tarot deck to brainstorm ideas and inspiration. Nothing is concrete – you’re just coming up with ideas. Write them down or collect them however you collect ideas. Get them to mingle and play.

I like to start with 3 cards, see how they interact, journal a bit about it, and then start adding more cards, one at a time, until I feel it’s complete or until I get bored.

If I’m super early in the story process, I might just play with a mini-blurb, pulling 6 cards, based roughly on the Save-the-Cat Logline: [Hero] wants [early External Goal], but when [Inciting Incident] happens, hero must [Story Goal] against the [Antagonist] or else [Stakes].”

This comes up with some ridiculous story ideas, but you can start to mingle and match them together to create something awesome.

You can also ask your tarot cards specific questions when you get stuck with your plotting process.

I also look at the expected tropes in my genre, and I try to flip them…

And since characters and plot are so closely tied together, I ask…

I hope that’s enough to get you started with using tarot to plot a novel! The video above has many many more ideas, so be sure to check it out, too. 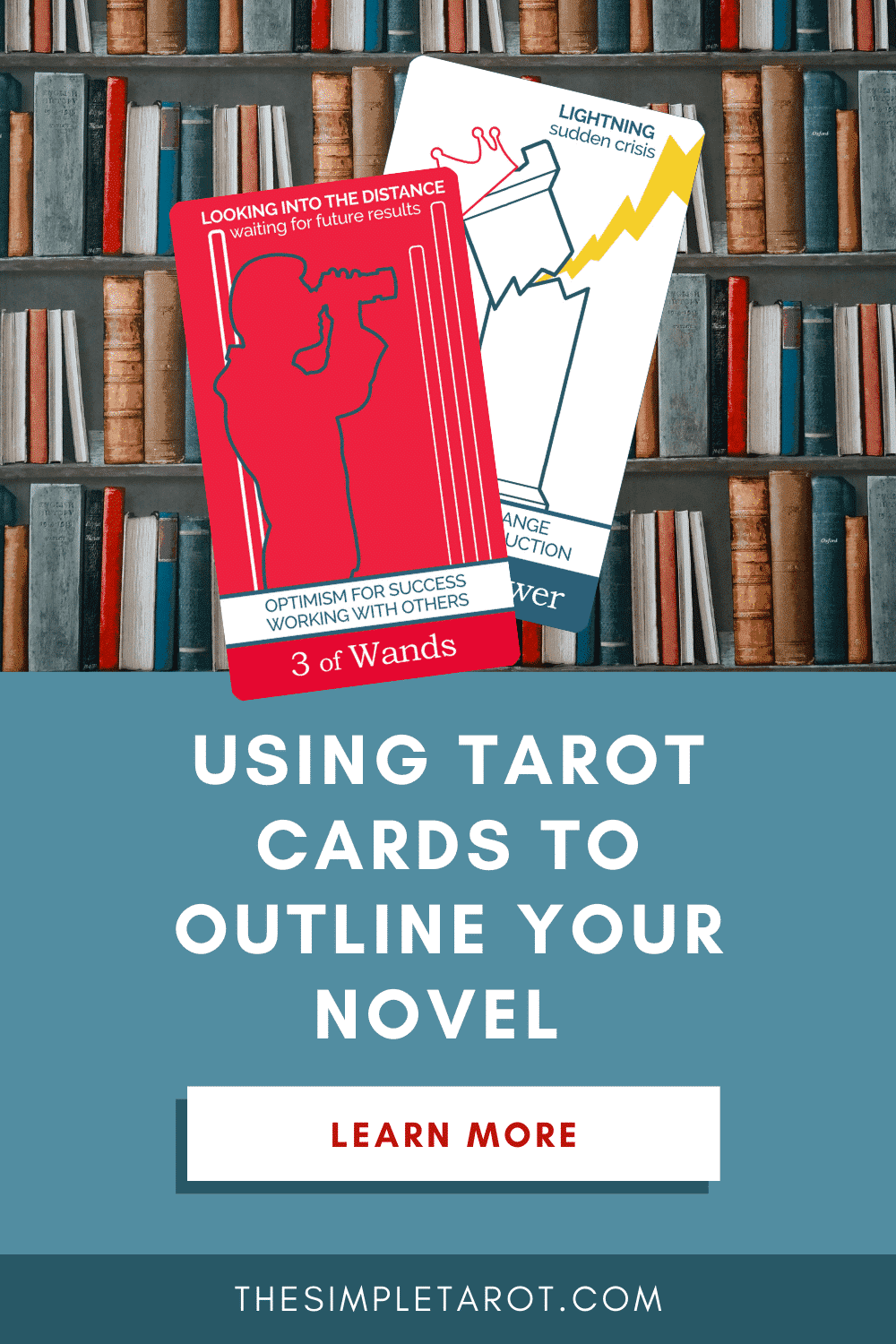 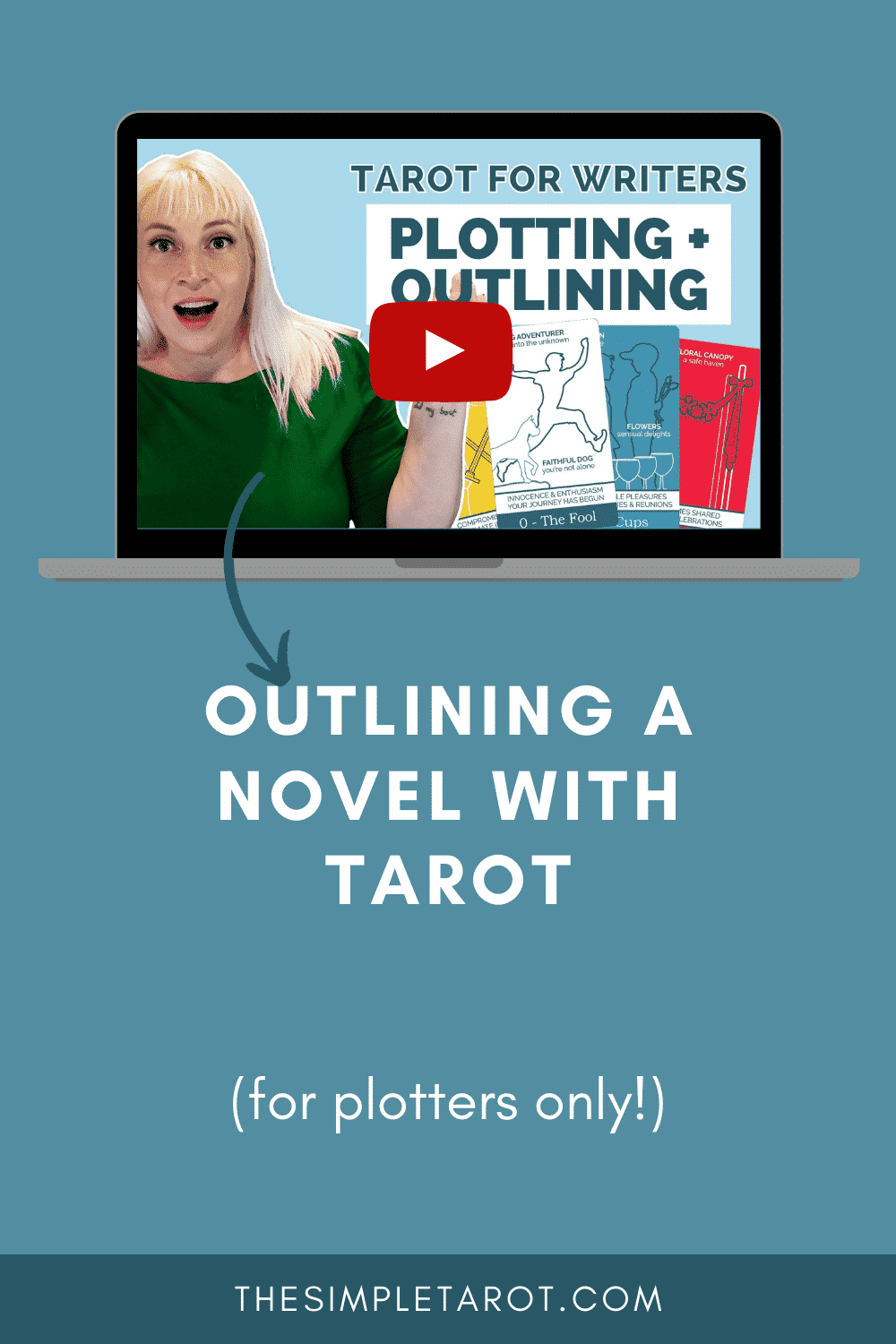